November 13, 2018
Many wealthy individuals, organizations and firms in Africa have South Africa as their origin. There is no doubt as the second most richest man in the African Continent is a South African. South Africa is the country with the second largest economy with GDP of 15.94% and Nigeria first with 17.17% (wikipedia).

Some argue that the South African economy is a factor that have aided these men through their finance. Since the richest man in Africa Alhaji Aliko Dangote (Forbes Magazine) is a Nigerian and the second is a South Africa. Today, we will be discussing the richest men in South Africa, 2018 and their Net worth.

List of the top 10 Richest Men in South Africa 2018 and their Net worth. 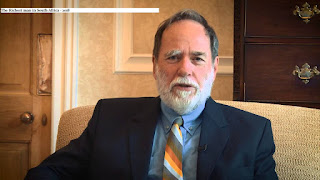 His main source of wealth is diamonds. Nicholas F. Oppenheimer's net worth is $7.0bn: +4.5% from last year which is equivalent to R100 billion (Forbes). 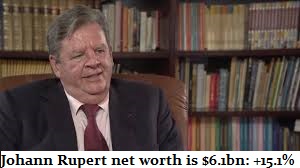 He is a South African entrepreneur and currently the chairman of Swiss luxury-goods company. Rupert is the eldest son of Anton Rupert is also a well know business tycoon. He was born on the 1st June, 1950. He is also the chairman of the Remgro company based in South Africa. Rupert was appointed the C.E.O of Compagnie Financiere Richemont.

Forbes has it that Johann Rupert net worth is $6.1bn: +15.1% from last year which is equivalent to R88 billion. He is third richest man in Africa and the 237th in the world. Gaynor Rupert is his wife and they are together have 3 children - Anton Rupert jr, (son) Hanneli Rupert (daughter) and Caroline Rupert (daughter) 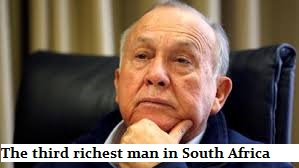 The third richest man in South Africa is Christo Wiese. He was born on the 10th of September, 1941 (77 years). The South African billionaire and businessman has his main sources of wealth as consumer retail - Forbes. He studied at Stellenbosh University and practiced law at the Cape Bar. But later became a Director at Pepkor.

18% of publicly traded Shoprite Holding belongs to him,which has supermarkets and furniture in 15 African countries. He is married with three children. 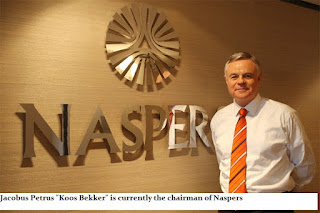 Jacobus Petrus "Koos Bekker" is currently the chairman of Naspers - the leading emerging media group. He was born on the 14th of December, 1952 (66 years old). Naspers operates in 130 countries in the world, the company is listed on the London and Johannesburg Stock Exchange. Furthermore, it has the largest market capitalization of any media company (US and China excluded).

Based on Forbes billionaire list 2018, His net worth is $2.1bn: +11.1% from last year (R30 billion). Koos Bekker is the 3rd Richest man in South Africa, 8th in africa and 973th in the world. Sources of wealth include Media, Investment and self acquired wealth.

He has an estate in South Africa. Babylonstoren estate which is about 600 acres is located st Western Cape region. His wife name is Karen Roos and they have four children together. 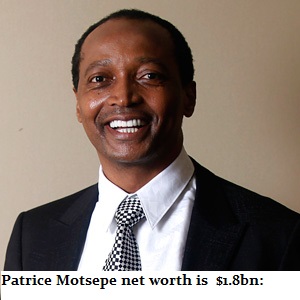 Patrice Motsepe net worth is $1.8bn: +12.5% from last year equivalent to R26 billion making him the 11th richest man in Africa, 1161th in the world. He is Precious Moloi and they have three children together.
South Africa Top 5

Popular posts from this blog

Have you been looking for Wrestling Revolution 3D WR3D 2k19 mod apk download for an android link? Well, the good news is that it is available here. WR3D refers to Wrestling Revolution in 3D. Playing this game would give you an experience you have never had in wrestling before.

Wrestling Revolution 3D- WR3D 2k19 Mod apk download is over 30 million. That is a very huge number for a game. Most games we see on the Google Play store usually have about 10 million downloads. This shows the game is actually worth it.

Let’s get to know what the game is really about.

Features of Wrestling Revolution 3D WR3D 2K19 Mod Apk Download for Android
It comes with a career modeIn this career mode, you can call the “shots” backstage.There is the feature to upgrade to the Pro version.You are using the limited version. There are limitations and ads keep appearing whenever you play the game.You can play the “god” feature. You can pitch immortals against themselves and create your own dream match.You can put u…
Read more 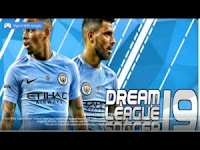 Dream League Soccer 2019 (DLS 19) is one of the best games available on Android right now.

Features of Dream League Soccer 2019 (DLS 19) APK
There should be better graphics and visuals. We expect to see better graphics from the latest version of the game.Improved stadiums. From the previous versions, it is possible that the stadiums would be improved with better and cooler features.Updated players and squads. Of course, the players would be updated so also their teams and their abilities also.Even though the game is free for downloads on Android, additional content would be purchased with real money.Following the previous version, coins can be acquired by watching video ads. You can also buy it with cash.You can create your own custom team. This is your dream team. Y…
Read more

There are a lot of fake mods of the game. This might have discouraged you in downloading the game but relax GTA 5 Android apk + obb is different from those other mods. It is in its beta version and yet it’s not a waste of time and data I can assure you.

The first of the Grand Theft Auto series was released back in 1997 and till date, many people would agree that GTA San Andreas remains the best. San Andreas just has everything you need in a GTA series although GTA 5 has the latest and coolest features.

Back to the main topic, here is the coolest features of the GTA 5 android beta version.